Ever wondered what – God created man in his own image, means? Or have you at one time or the other asked the lingering question – Why does man exist?” Like me, have you stopped to wonder what human existence is all about or questioned its necessity? If you are someone like me, who processes information in pictorial form, then you have most likely been confused by this popular notion about creation. Like how can a man be said to have been created to be just like his maker? Are you saying that he possesses the exact features of God? What point could God be trying to make with that move? Especially when we are not supernatural like him.

Well, I found the answers that I sought. My curiosity got me here. Would you stay with me and look no further as we attempt to provide answers to these questions that boggle your mind too? First, we introduce man’s identity as the image of God. Then we explore how this imagery becomes real and evident to us, and conclude with practical applications of its relevance for the world as we know it today. Throughout this piece, the use of ‘Man’ as a word is figurative, which represents the male and female gender.

The phrase “Image of God” reveals to us the real nature of man and his true identity. Our first encounter with this word is in the Bible; the holy book of the Christians, hence, it makes sense to examine things from the prism of those who have made this claim from time immemorial.

What is the Image of God?

The word “Image” can be interpreted as a replica, visible representation, depiction, visible form, appearance, portrayal, etc. but the – Image of God known as  Imago Dei in Latin is the position that humanity, being unique among the entire created order, was fashioned by God distinctly in His own image and after His own likeness. It’s a teaching that echoes throughout the Holy book of the Christians and is anchored in the opening chapter of Genesis.

He created mankind in two forms – male and female, in his image. His creation consistently establishes a visible representation of his own invisible Being.

Hence, we see that Man’s purpose for existing can never be severed from the Supreme Being who created him, this is why man is almost always depicted in the Bible, as a unified physical-spiritual entity.

Let’s take a look at the two texts that make this claim, as neither of them can be divorced from the other.

When God created man, he became both an animate being and God’s image in the same divine act. Take note of the grandness of this fact. It distinguishes man from the Philistine images of mice, the image of Caesar engraved on coins, and all other man-made replicas. God’s image is not inanimate. It is not crafted from lifeless stone, coin, wood, or paper. This quality distinguishes God’s image-man, from the rest of his creation.

There are several ways in which we see God mirror himself in man. The following are some of the most distinctive ways:

Man’s personality pictures God’s personality by virtue of the name, metaphysical faculties, and words. Every man has a name, such as “Adam” and “Eve.” So, also does each communicate verbally and relate interpersonally with other men and his maker? Man is a personal being, just like God. They both possess self-awareness, the awareness of others, and the ability to communicate. Every time we employ “personal pronouns,” we demonstrate our capacity for communication as well as our knowledge of ourselves and others.

The life of man reflects the utmost strength and life of God. Both God and man are living beings with capacities for action, influence, and accomplishment.

Man shares intellectual, emotional, and volitional faculties with his maker. He thinks, wills, chooses, and feels just like God. Both beings are self-aware. We are aware of our position in time and space. We reflect on the past and look forward to the future. We have feelings apart from our basic physical needs. We are desiring and make free decisions that are not necessarily dictated by instinct or circumstance.

Man’s morality pictures God’s supreme morality. Like God, man is a moral being that has the moral capacity and moral character. Man instinctively knows and perceives good and evil. He morally evaluates himself and others. He derives this from God, who apart from him; cannot have a sense of morality. Truth, justice, right, and wrong only have meaning in relation to God and exist because He framed reality this way. It reflects His own moral nature. This distinguishes us from animals, who act solely on instinct and thus lack moral agency.

Dominion Over The Earth

Man’s position of dominion over other creatures corresponds with God’s sovereign rule over all of creation (Gen. 1:26): “and let them have dominion.” This is no license to act like environmental despots who plunder and destroy the ecosystem at will. We also shouldn’t behave as though we aren’t separate from the rest of creation and have no authority to alter or utilize it. God has freely given us these resources, and we are expected to develop them in ways that honor Him and are beneficial for others.

The Productivity Of Man

Man’s labor and productivity align with and squares with God’s creative work. At creation, God worked for six days and rested on the seventh. This pattern of work followed by rest is consistent with both God and man.

Given that God created everything in the universe, we imply that it all has value. However, because man is made in God’s image, he has intrinsic worth that is greater than anything else in the universe. Hence, we can safely conclude that every human life is sacred. From the moment of conception down to the moment of death, irrespective of its potential, accomplishments, or special characteristics. It is also the reason why murder has been regarded as the worst crime against another person in almost all historical cultures. To harm, maim, or kill another person is to assault the image of God in that person.

Take note that man is God’s image, created in his likeness, rather than his equal. He is limited, whereas God is limitless. Nonetheless, despite the fact that this visible picture is that of a limited creature; man and man alone, has the privilege of displaying harmony, sensibility, and order amongst all other of God’s creation.

Being made in the image of God is not as abstract or unbelievable as it seems; it is in fact a relatable fact. The man was made in God’s image by design, and his identity is intrinsic to his very nature as a human being. The holy book of Christians, which serves as our reference, speaks of God as having eyes, ears, a mouth, a face, hands and arms, a mind, and a heart because he has the capacity to see, hear, speak, feel, think, and act. All of these reflect the divinely intended purpose of man’s body. He painstakingly fashioned man’s body in His image. Consequently, if a man were to cease to be in God’s image, he would invariably cease to be completely human.

This underscores the truth that all men and women are valuable and all humans are equal, and this provides the basis for how we ought to relate to and treat each other. The human race is honorable. Thankfully, man is not a product of chance that randomly evolved from primates, as the theory of evolution suggests. If such were the case, man would have no sense of worth or purpose. It wouldn’t matter if we treated people like garbage. It wouldn’t matter if the powerful oppressed the weak and the rich abused the poor. After all, evolution means “survival of the fittest.” But the Bible teaches that man is a thoughtful creation of God, and as such, he has worth and purpose for life. He was created for God’s glory, to be God’s vice-regent, and to have dominion over all of God’s other creations.

You might like our other article Why do some people object to Darwin’s theory of evolution (Darwinism)? 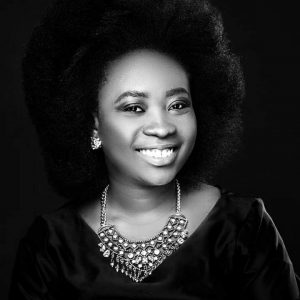 Iretiogo Maple-Dappa is a freelance writer and communication strategist. A graduate of Psychology who would rather live and earn as a creative. Singing and telling stories are her favourite things to do. She is enthused about great relationships. Oh well, she gives the warmest hugs too.