What is a Blood Group?

Our immune system’s components, blood cells, and antibodies are carried by human blood, which also transports oxygen and carbon dioxide and provides necessary nutrients. A group of molecules known as antigens that are found on the surface of red blood cells determine whether a person belongs to one of several blood types. The blood group system serves as important genetic information that helps us to understand and figure out the ethnic race of someone.

The ABO blood group system was discovered in 1901 by Austrian immunologist Karl Landsteiner. It consists of four groups known as A, B, AB and O, determined by the antigens, substances that can trigger an immune response in the body. For transfusions to be successful, the blood types of the donor and recipient must match to prevent any negative health effects. The A and B antigens are present in the red blood cells of A and B blood type individuals, respectively.

Another antigen, the Rh factor, also determines a person’s blood type. Depending on the presence or absence of the Rh antigen, blood can either be Rh-positive or Rh-negative. If Rh-positive blood enters the bloodstream of an Rh-negative person, their immune system will respond aggressively. There are 36 blood type categories for people with different antigens and category combinations, divided into eight common blood type groups.

How is Blood Group Connected to an Ethnic Race?

The human race is divided into different ethnic groups based on similar backgrounds and cultures. The planet is home to numerous ethnic groups. Language, religion, identity, geography, and cultural norms all serve as common descriptors of ethnic groupings. Blood type is connected to ethnicity in several ways.

First, the ABO system is thought to be responsible for certain inherited traits and diseases. For example, a person with type A blood is known to have a higher risk of having hemochromatosis (an iron storage disease) than someone with type B or AB blood. This risk could be because the A gene is associated with more iron storage capacity than other genes. Other studies have demonstrated that persons having type O blood are more prone than people with other blood types to experience specific cancers. The same study discovered that those having type AB blood have an increased risk of leukemia compared to people with other blood types.

Finally, there is evidence that people with different blood types tend to live in different parts of the world. It may be because different areas have different climates or food availability or because people with one type of blood are less likely to intermarry than those with another type — which could lead to genetic isolation between groups within a country or region. Each person’s blood type is influenced by unique genetic variables. As a result, the blood types vary depending on the country and geography.

Similar blood groups found across the various countries in the world show that people having common blood types share a common ancestry. They displayed similar traits because their genetic makeup shows that they are the descendants of a common ancestor. Their roots lie within a common group. About 8 billion people dispersed across various countries and seven continents in the world come under this classification.

In America, the most frequent blood type is O+ while the second most frequently occurring blood type is A+. On the other hand, in Europe, the majority of the population is with blood group A+ distributed in Central and Eastern Europe. This shows that most people in Europe belong same racial and ethnic groups. A+ blood type makes up around 40% of the population in Denmark, Norway, Austria, and Ukraine. In North America; there is no predominating type of blood group. Most people have a mixture of different types of blood cells. However, nearly 70% of people in South America have the O blood type, including Canada.

However, this is not the case in other countries for example, in India, the rarest blood types are Rhnull, AB-, A-, B- and AB+.

The rarest blood type in the world is Rhnull also known as golden blood which has no Rh-antigens on the surface of red blood cells. This blood is extremely rare to the extent that only 1 out of every 8 million people are considered to have this blood type. Any person having this type of blood face great difficulty in blood transfusion as there is a small group of regular donors worldwide due to the scarcity of golden blood. People having Rhnull blood type are susceptible to acquiring chronic hemolytic anemia, which caused the destruction of immature red blood cells by the individual’s immune system.

The distribution of rarer types in different countries can be correlated with that country’s specific racial mix. In some countries where many minorities exist, such as India and Brazil, there are fewer persons with rare blood types since they are either unaware of them or have not given them much attention.

Despite the important roles that genetics and race play in determining a person’s blood type, blood offers a perfect platform for the unbiased study of human diversity. Our uniqueness influences how we live, make decisions and express ourselves. But in the end, things we have in common, like blood, bind us.

When choosing the best blood and blood products for patients who require blood transfusions, healthcare workers might be helped by looking at the most common blood types by race or ethnicity. The genetic heritage of a person affects their blood type. Blood type is genetic, and thus although there is a correlation between ethnicity and blood type, there can also be significant individual variance within a given blood type.

Although there is a correlation between blood type and ethnicity because blood type is hereditary, there can also be a lot of individual variation within a given group, so just because you have a blood type that is uncommon for your country doesn’t mean you are necessarily less related to the rest of your fellow citizens than someone with the specific blood group is. 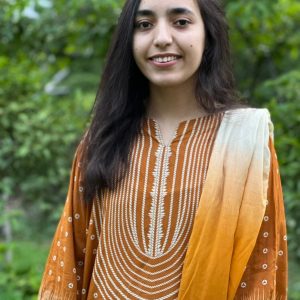 Somia Badar is a writing specialist. Even though Somia studied political science and have a degree in it, she enjoys writing about a wide range of subjects. However, writing about international relations is a subject that interests her more.

What is the staple food in your culture? Is it Pizza, Pasta, Bread, Roti, Rice or Noodles?

The History of Chopsticks