10 Things You Should Know About Ancient Korean Culture

Korean culture is one of the oldest in the world. It has a rich history of over 5,000 years, and during that time it has developed a unique and dynamic culture that is distinctively Korean. Ancient Korea was largely shaped by its geographical isolation and its strong ties to China.

Korean culture is heavily influenced by Confucianism, a set of philosophical beliefs that focus on morality, respect, and personal relationships. It has also been heavily influenced by Buddhism, which was introduced to Korea during the Three Kingdoms period. As a result, many aspects of Korean culture are defined by religious beliefs, including the traditional Korean art forms, the Korean language, and the traditional values of the Korean people.

Korean culture is also rich in traditional music, dance, and cuisine. Today, Korean culture is still strongly rooted in its ancient traditions, but it has also evolved to embrace different aspects of modernity as well.

The Tripitaka collection, situated in Haeinsa* (often referred to as the “Buddhist encyclopaedia”), is the world’s oldest and most complete collection of Buddhist scriptures. The Tripitaka Koreana is the temple’s most revered section, and it was specifically named on the UNESCO list. The entire Korean Tripitaka was carved twice during the Koryo Dynasty (918–1392) on wooden blocks. The carving of the first set of blocks was completed in 1087. However, it was burned in the Mongolian invasion of 1232. In 1236, King Gojong (r. 1213–1259) ordered them to be re-carved. Sixteen years later, the present-day Korean Tripitaka was produced in 1251.

The blocks were made from white birch trees and were wholly submerged in seawater for three years, then cut into planks and boiled in seawater before being dried in the shade. The logs were smoothed and the letters were painted on before being carved. There are 52,382,960 characters, which were carved by 30 people, with each character being carved after bowing to the Buddha.And the most iconic part is that there is not even a single mistake in the entire collection.

Korean Culture Forbids People From Marrying Within Their Own Clan

Over many centuries, families intermarried within the regions of Korea to form large clans because large families were highly regarded. This is also reflected in their family names. The most common family names are Kim, Park, Lee, Kang, and Cho. However, Kims from Pusan in the south are not the same as Kims from Seoul, and all Kims are aware of which clan they belong to.

Families and clans keep detailed genealogical records that can date back hundreds of years in order to determine who is who. Even in today’s westernised Korea, many people can still recite and be proud of their clan’s glorious history.

Tol is one of the most well-known Korean birthday celebrations. This celebration occurs on a child’s first birthday. Previously, the death rate for children was extremely high due to a lack of medical information, seasonal temperature differences in Korea, and a variety of childhood diseases. Many children died before reaching the age of one. The survival rate increased dramatically after the age of one year, making this a very happy milestone for the child’s parents. It is also customary to celebrate a child’s 100th-day celebration (baek-il), but in most areas, this celebration is less important than the To. The tradition is still followed today.

The first birthday is celebrated with special foods all having a particular significance including the white steamed rice cake which symbolises a pure and clean spirit; honey cakes to ward off evil spirits; stuffed rice cakes shaped like a half-moon that are steamed on a layer of pine needles for the child to be blessed with good things to eat throughout life; jujubes and fruit for the child’s descendants to multiply and prosper; and noodles for long life.

The beginning of the Korean New Year is known as Seollal in South Korea. It happens somewhere around January or February, depending on the lunar calendar, just like the Chinese New Year.

The day prior to, the day of, and the day following Seollal, the entire nation enjoys festivities. It’s one of the most important holidays in South Korea, and people celebrate it in many ways.

Seollal is a major Korean holiday that is traditionally celebrated with family. Many people visit their parents and grandparents over this time period. Gifts are brought home to be distributed to relatives, and offerings are made to the ancestors of the family. Children are also expected to honour their elders through sebae. This is accomplished by bowing deeply to grandparents and other elderly relatives. Elders, in turn, present children with sebaetdon, new year money provided in colourful silk bags.

Korean masks and mask dances are some of the most famous traditional performances in Korea. They date back to the Goryeo Dynasty (918–1392) and have been used throughout Korean history for a variety of purposes, including entertainment, warfare, and funerals.

Today, Korean masks and mask dance are still an important part of contemporary culture. It’s often seen as a national treasure that enriches society by promoting unity among people from different backgrounds.

Masks are worn by both performers and spectators alike. The masks vary in size, but all feature elaborate decorations on the face or body. These decorations include carved horns, feathers, animal skins adorned with precious gems or stones, etc. Some masks also have movable parts, such as eyes, that can be moved around according to the rhythm of the music being played.

P’ansori, also known as Korean folk opera, is a style of dramatic narrative song popular in Korea. It is normally sung by a singer and accompanied by a puk (double-headed barrel drum). The term “p’ansori” itself refers to the markets, public squares, and other similar open locations where performances initially took place. P’an means “open space,” while sori means “singing” or “sound.”

A p’ansori singer tells a tale while holding a fan using ch’ang (song), sasl (narration), and pallim (dramatic gesture). The drummer, meanwhile, sets the proper rhythmic tone for each song. The relationship between the drummer and the vocalist is largely improvised throughout the performance.

Tae Kwon Do is an ancient Korean martial art that combines punching, kicking, and other strikes with throws and immobilizations to defeat your opponent. It is one of the most popular sports in South Korea, where it is also used as a form of self-defence.

There are many different styles of taekwondo, but the most common style today is Tae Kwon Do (TKD). Tae Kwon Do emphasises kicks and punches from a stationary position, which makes it perfect for conditioning and training muscles. In addition to being physically challenging, Taekwondo has strong spiritual values that encourage discipline, respect for others, and personal growth.

The history of taekwondo dates back over 2 thousand years ago when its practitioners were able to defend themselves against attacks by using their fists alone. Over time, techniques were added to make the art more versatile and effective in battle. Today’s Taekwondo students continue this tradition by learning how to use arms and legs together as one unit while maintaining balance and composure under pressure.

Kimchi is a flavorful, salty, and sour fermented cabbage mixture that is important in Korean culture. In Korea, there are hundreds of different types of Kimchi. It has long been an important part of Korean cuisine, more specifically an essential side dish that evolved from Korea’s natural environmental conditions and traditional cooking skills. Although a wide variety of wild and cultivated vegetables have always been abundant during the warm seasons, the subarctic climate with its long, harsh winters necessitated the development of a method of preserving this vital source of food. Kimchi is assumed to be a prehistoric food, with evidence dating back to 2000 B.C. of simple leafy greens pickled in brine matured underground in clay vessels.

According to some food experts, Kimchi is the best vegetable dish invented by Koreans. Kimchi has withstood the test of time, and it is more than just a food; it is an expression of Korean culture. Just by looking at Kimchi’s history, we can see how it became a symbol of Korean identity.

Jongmyo Jerye-Ak (The Music Of The Jongmyo Ancestral Rites)

To honour the deceased Joseon dynasty kings and queens, Jongmyo Daeje started as a royal ancestral ceremony. The ceremony was performed five times a year throughout the Joseon era—in the spring, summer, autumn, winter, and December—until Japanese colonial rule prohibited it. Jongmyo Daeje was reinstated in 1969 and has been celebrated every May since.

The list of things we had for you might exhaust your curiosity about Korean culture. But, that is not all; there are many more interesting facts about the country’s customs, traditions, and history that make Korea a truly fascinating place to visit. 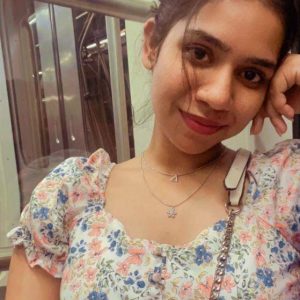 Hi there! My name is Kajal, and I am doing master’s in East Asian Studies from University of Delhi. I am a content writer and I love writing about anything that interests me - from fashion to culture to lifestyle. Whether you are looking for information on a specific topic or just want to read something fun and enjoyable, I have got you covered!

How Lunar New Year Is Celebrated In Different Countries?

10 Things You Should Know About Ancient Chinese Culture And Rituals