From 29584 to less than 500—that is the fall in the number of Orthodox Churches in Russia between 1927 to 1940. Behind this tremendous decline was the anti-religious campaign. For the Bolsheviks, the revolution was not just about changing the social order; it meant overturning the entire world.

In this article, we will discuss how the Bolsheviks carried out an extensive attack on religion between 1928 and 1941. This involved attacking everything associated with God from churches to sacred relics. Science, not religion, was the source of miracles for the Bolsheviks and they championed it everywhere. Keep reading to find out how this anti-religious campaign fared.

The Marxist Ideology – Materialism & Atheism | Base of anti-religious campaign

Till the early 20th century, Russia was a monarchy. But between 1917-23, a series of revolutions and civil battles led to the abolition of the tsarist regime and Russia became the first socialist state in the world. The Communist Party of the Soviet Union, led by Vladimir Lenin, was now in power, and it ruled the country for over six decades.

Lenin, as a follower of Marx, believed in the philosophy of historical materialism. It means that all cultural institutions (religion, morality, law, etc.) of human society are the outgrowth of its economic activity. Our mode of production—how we produce and distribute resources—shapes everything about the world.

Marx’s purpose was to promote class struggle (1) and he argued that each mode of production contained within itself contradictions, which historically led to its replacement by another mode. For example, feudalism got replaced by capitalism, and Marx believed that capitalism will similarly be replaced by communism.

Implicit in this philosophy is a kind of atheism. Marx believed that religion was “the opium of the people”, meaning that it served to make this oppressive world bearable to people  and religion only existed because of exploitation—if we can make a more just society, religion would no longer be necessary.

Lenin and his party inherited these beliefs of materialism and atheism. To fulfil their dream of creating a socialist utopia, the party waged a war against religion.

“‘Religion is the opium of the people,’ said Karl Marx. It is the task of the Communist Party to make this comprehensible to the widest possible circles of the labouring masses.” (Nikolai Bukharin and Yevgeny Preobrazhensky, The ABC of Communism)

This war took two directions: first, an attack on God and everything associated with him. Second, an attempt to teach the masses about Marxism and turn them into atheists. 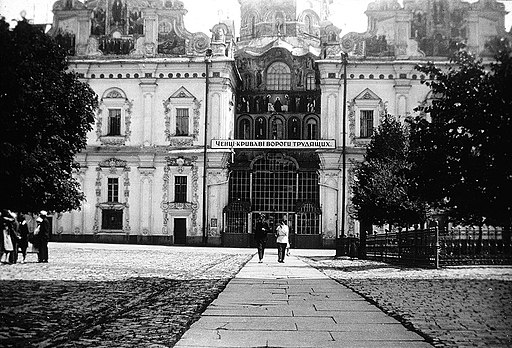 The Communist Manifesto asks for the destruction of the family, the church,and the nation-state. Eliminating and subverting religions is one of the important goals of Communism.

The Bolsheviks began their attack on religion as soon as they came into power. They nationalized church lands, secularized the registration of life events (birth, death, etc.), and then issued a decree called On the Separation of Church from State and School (1918). It banned formal religious education, removed the church’s status as a legal entity, and forbade it from owning property.

At its surface, the decree was a secular document, but it had an underlying tone of extremism. Lenin himself was quite vehement against his opponents, and in his essays, he wrote of his vision to purge Russia of various kinds of insects. For Lenin, religious figures—priests, monks, and nuns—were also “insects”. Nearly all of the clergy of the Russian Orthodox Church and many of the believers were either killed or sent to labour camps. In 1937 alone, 85,000 priests were shot.

During this time, the country was in a miserable state. There was widespread famine, partly caused by the grain requisitioning by the Bolsheviks, and typhus was killing thousands of people. In January 1922, Lev Trotsky (Red Army Commissar) asked Lenin to seize the valuables of the church. They did this with the excuse of helping the starving people, but in truth, this plundered wealth was never actually used for help, as later revealed by the American Relief Association.

Despite all of this, the Russian government formally claimed to be secular and claimed that there was no religious persecution in USSR. All the atrocities of the anti-religious campaign (1928-41) were done under the pretext of other reasons, such as framing people for breaking the law, etc.

Besides attacking places of worship and religious figures, the Communists also tried to promote atheism among the masses.

Lenin pointed out that the masses cannot follow “the straight line of a purely Marxist education.” (On the Significance of Militant Materialism). Instead, he argued, there was a need to arouse them through different mediums and in all spheres of life. So, the Communists spread anti-religious propaganda in the form of posters, films, radio shows, city tours, and scientific observatories.

In the late 1920s, the Commissariat of Enlightenment came up with another tactic: the museums of atheism. Across Russia, hundreds of religious spaces such as Orthodox Christian churches, Ukrainian mosques, and Siberian Buddhist temples were seized and then converted into atheist museums.

Another method involved turning children away from the religious influence of their families. Schools became centres of attack against religions, aiming to make children immune to ancient and wisdom full religious tales.

The Aftermath of the War

Despite all these efforts, USSR’s anti-religious campaign did not succeed. In many parts of the country, religious practices continued in secrecy, and people were still able to rent places of worship for big occasions. Most people, as a 1975 survey revealed, hardly found anything of value in atheist dogma.

From the late 1970s, Russia saw a religious revival and even young people showed a fascination for religion. After the USSR collapsed in the late 20th century, the atheist museums also vanished—all the old places of worship were restored to their original state.

The Communist war against God ended in defeat.

1. In a letter to the socialist philosopher Ferdinand Lassalle in January 1862, Marx said, “Darwin’s book is very important and serves me as a natural-scientific basis for the class struggle in history.” 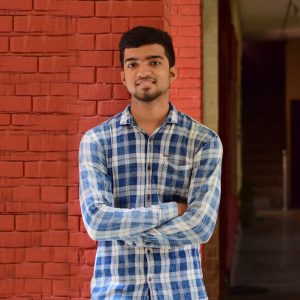 Sourabh Yadav has just finished his master's in English literature at Jawaharlal Nehru University. Despite the tempting JRF scholarship and his parents' concerns, he is quitting academia to try a career in writing and filmmaking. You can find him on Youtube and Instagram.