Angulimal was an infamous dacoit and killer who later picked up the path of cultivation under Gautama Buddha. Read this wonderful story about why once a bright student became a killer and then later became a monk.

A long, long time ago a son was born to a rich Brahman family in Savatthi in India. The night the child came into the world, the constellation of thieves appeared in the sky indicating that the boy was destined to become a brigand. Despite the bad omen, nobody was hurt at his birth so his father named him Ahimsaka, meaning “the harmless one”.

Ahimsaka turned into a handsome, intelligent and well-behaved young man. When he came of age, his parents send him to the city of Taxila to study under a well-known teacher to become a Brahman himself. There he excelled in his studies and became the teacher’s favorite student, enjoying special privileges in his teacher’s house.

The other students were very jealous and plotted to turn the teacher against him. They made it seem as though Ahiṃsaka had seduced the master’s wife. Mad with anger, the teacher decided to ask Ahimsaka for an impossible gift in exchange for allowing him to finish his studies and become a true Brahman. The teacher asked for 1000 right hand human little fingers hoping that Ahimsaka would be killed in the course of seeking this grisly prize.

– But Master, I come from a peaceful family. I cannot go around harming people.

– Your parents sent you here in hopes of following in your father’s footsteps. There is no other way achieving your Brahman status but by offering me the gift of 1000 little fingers. If not, just go home a failure and bring shame upon your family!

Seeing no other way, Ahimsaka became a highwayman, living on a cliff in a forest where he could see people passing through. He soon realized that people were reluctant to part with their little fingers and so he was forced to resort to violence and killing in order to obtain them. Soon enough he became infamous for his skill in seizing his victims. When people started avoiding the road, he entered villages and dragged people away from their homes. To keep count of the fingers, he strung them on a thread and started wearing them around his neck. The surviving villagers who saw him with the gruesome garland, deemed him Angulimal or ”Finger necklace” and were whispering about him with terror in their eyes.

Because of him entire villages became abandoned. Many people fleeing that area ended up petitioning the king who decided to send 500 soldiers to hunt down the brutal killer. Aṅgulimāl’s parents also heared about the news so his mother set out to find him and warn him of the king’s intent.

Meanwhile, Buddha Gautama, who was teaching his disciples in a monastery nearby the same forest, saw during meditation that Aṅgulimāl had already slain 999 victims, and was desperately seeking a thousandth. The vision showed that If the Buddha was to encounter Aṅgulimāl that day, the killer would become a monk and later attain Nirvana. But if the Buddha would not meet him that day then Aṅgulimāl would kill his mother instead, to complete his 1000 finger necklace and he would become unsavable.

With this knowledge, the Buddha set off to stop Angulimal.

Seeking his last victim on the road through the forest the killer saw his own mother and decided to make her his thousandth victim. But then the Buddha also arrived so he chose to kill him instead. With a saber in his hand he dashed out to murder the Buddha and complete his score. Despite his formidable strength and speed, he couldn’t catch up with the Buddha who was walking slowly and very calmly.

No matter how hard he tried or how fast he ran he just couldn’t reach the Buddha and the distance between them remained the same. Eventually, exhausted, angry, frustrated and soaked in sweat, Angulimal screamed at the Buddha to stop. Then the Buddha turned and with neither anger nor fear told Angulimal:

– I have already stopped, I have stopped killing and harming, and now it is time for you to do the same.

Angulimal was so struck by these words that he stopped right then and there; he threw away his weapons and followed the Buddha back to the monastery where he shaved his had and wild beard and became a monk.

Meanwhile the king and his 500 soldiers set out to kill Angulimal. Being a very pious monarch he first payed a visit to the Buddha and his followers in the monastery that was close to the brigand’s forest. He payed his respects to the Buddha and told him that he was after the infamous killer. The Buddha asked the King:

– What would you do if you discovered that Angulimal is sitting amongst this assembly of monks?

– Well it seems impossible that such a callous murderer could be a Buddhist monk but if this were the case I would certainly pay my respects and make offerings.

Then the Buddha stretched his right hand and, pointing, announced that there sat Angulimal.

– Venerable Master, you have succeeded turning the evil around by using neither force nor weapons where we have all failed by using force and weapons. The power of the Buddha Fa is indeed great, said the King.

Angulimal spent years following the Buddha’s teachings and doing meditation. Sometimes the monks were wandering around for alms. One such day he came across a young woman who was in labor and was suffering tremendously. He was profoundly moved by her pain and went to the Buddha to ask him what can he do to ease her agony. The Buddha Gautama told him:

– Go to her and say: “Sister, since I was born, I do not recall that I have ever intentionally deprived a living being of life….”

-But Master, wouldn’t that be untrue in my case?

– Go to her and say:” Sister, since I was born with noble birth, I do not recall that I have ever intentionally deprived a living being of life. By this truth, may you be well and may your infant be well.”

After hearing these words, the woman gave birth to her child quickly and easily. This is how Angulimal became “patron saint” of childbirth. This helped Aṅgulimāl find peace and now that he was known to “bring life rather than death” people started approaching him and providing him with alms food. However, a resentful few couldn’t forget that he was responsible for the deaths of their loved ones so they attacked him with sticks and stones as he was walking around. He returned to the monastery with a broken begging bowl, a bleeding head and his robe torn.

– Bear this torment patiently and without resentment my disciple as you are experiencing the fruits of karma. This torment will save you from going straight to hell for all those crimes you committed.

And so Angulimal remained firm in his mind and took it all with forbearance.

After a short time of cultivation where Angulimal purged his mind of greed, hatred, desires and all delusion, he finally reached the goal of Enlightenment and ascended to the heavens.

The Buddha issued a rule that from then on, no criminals should be accepted as monks in the order. All monks were curios what Aṅgulimāl’s afterlife destination was so the Buddha told them that he had attained Nirvana.

– But Master how it is possible for someone who killed so many people to still attain enlightenment?

At this, the Buddha responded with a statement that ever since gives hope to all people struggling in life:

– Even after having done much evil, a person still has a possibility to change for the better and attain enlightenment! 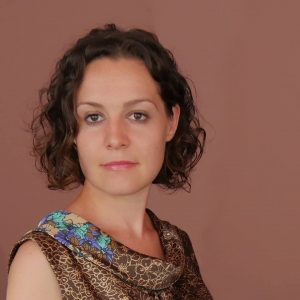 Hello, My name is Florea Ioana and I am based in Romania. I am a Bachelor of Fine Arts and also have a Masters degree in Film.

Outline of Images for Kid's Coloring